The History Of Turinabol

All steroid compounds have a fairly rich back story, but it’d be difficult to find one that’s as elaborate, “high-profile” and genuinely interesting as that of turinabols – for a time, it was one of the most well known anabolic substances in the world…though not necessarily for the right reasons.

It’s history is very closely related to that of dianabol, and it could easily be stated that without the creation of dbol, turinabol simply wouldn’t exist.

You may or may not know it, but dianabol (this products “mother” structure) was initially formed as a means of improving the performance of American athletes, and was subsequently tested on some of the most high profile sports figures of the time with a view to “levelling” the playing field at the Olympics.

The year this took place was 1960, and at the time, the Russians had already carried out similar tests and put anabolic steroids into active use on the field. A man named Dr John Bosley Ziegler (U.S.A) experimented with testosterone to conjure up what is now known commonly as the infamous “dbol” steroid.

The results were nothing short of remarkable (eventually at least, but that’s a separate story altogether), and to say that the drug had a large impact on the athletes who took it would be a dramatic understatement.

So effective was it in fact, that it got “cogs” whirring elsewhere in the world. To be precise, this “elsewhere” was East Germany, and they too sought out a means of developing their athletes beyond “organic” means.

East Germany already knew that the dianabol blueprint was without doubt effective. That much was obvious due to the results experienced by the Americans; so why not simply replicate their success directly?

As with the release of any compound, once anything enters circulation, people eventually begin to detect it. Using dianabol in the “field” started to become risky.

Detecting dianabol eventually became relatively easy – not only did it enhance athletic performance, but it also afforded the user noticeable physical changes in the process.

You may initially “get away” with passing drug tests etc when these tests haven’t been specifically engineered to detect the compound you’re using, but it doesn’t take high level biological knowledge and testing procedures to detect alarming surges in size and strength from a physical (visual) perspective.

With this said, there was really no rush (at least initially) to detect the substance; this era was considered to be a “cold war drug battle” amongst athletic communities, and there’s no doubt that higher authorities in the states were aware of the use of dbol…in fact, one could theorise to a degree of accuracy that these authorities actually encouraged its utilisation.

Regardless of your theories or perspective though, this “acceptance” eventually came to an end.

It was important that America adopt a stance whereas they “abhorred” the use of any anabolic substances, and steroids in general soon became public enemy number one, not least because of the states highlighting Russia’s use of them within an athletic capacity (whilst opting to largely ignore their own condolence of them.)

Believe it or not, it wasn’t until 1967 that we can really pinpoint (with accuracy) any true countermeasure being implemented in regards to combating drug use within athletics (as shown by this excellent timeline.)

With dbol being integrated in 1960, this means drugs were rampant within (at least American) sports including the Olympics for seven years (and that’s not taking the pre-dbol era into account) in an unchecked capacity. 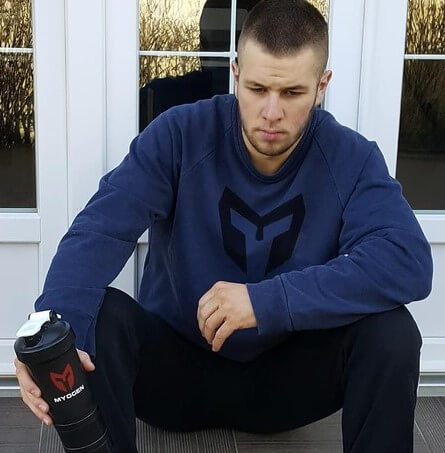 The East German pharmaceutical company Jenapharm arguably pre-empted this public dismissal of anabolic steroids, and had the sense to seek the development of and utilise a compound that would allow for a potent boost in athletic performance without simultaneously being visually detectable (to the unknowing eye.)

This compound was of course the now notorious turinabol; it was manufactured initially in 1965 for medical use, and a year later saw widespread use within an athletic setting (1966.)

This precedes any regulatory athletic “countermeasures” being implemented by one year, and indicates a forward thinking mindset on the part of East Germany.

The ‘recipe’ for creating tbol had actually been around since the 1962, so it’s curious that we didn’t see its full-scale production for three years after the release of this ‘blueprint’.

Whilst it’s purely theoretical to say so, it’s fairly reasonable to assume that any medical use was implemented purely as a means of testing for this substance “true” intended purpose the following year – this could perhaps explain why no one had been in a “hurry” to develop it for medical use in the three years prior to its official circulation.

With that said, it did see highly effective use within a medical capacity during its limited run – one of the reasons why it was deemed to be so “useful” was its low androgenic ratio when compared to its anabolic capacity.

This meant that it could be administered to women and children as opposed to just adult males, and to those who suffered previously when using more “potent” anabolic substances. It came in 1mg and 5mg doses to be administered based on androgenic / anabolic produce sensitivity.

It was highly successful in treating muscle wasting diseases in these instances, as well as restoring or maintaining structural skeletal integrity. It’s a shame then that the ultimate ‘fate’ of this product was to have its positive potential publicly tarnished on a world scale.

Backtracking a little to the production phase, East Germany ultimately took the dbol blueprint that they already knew was highly successful, altered it in such a way that mass retention (and very progressive development) were possible in conjunction with an emphasis on muscular endurance and a mild strength evolution capacity.

From a purely athletic standpoint, this made tbol a truly remarkable creation. So remarkable in fact, that for nearly three decades, East Germany well and truly dominated the field of athletics.

Of course, nothing lasts forever; eventually, the mass scale doping of German athletes came to prominent light, and oral turinabol was regarded as being a substance of pure “evil” by every governing body on the planet, and was subsequently banned. 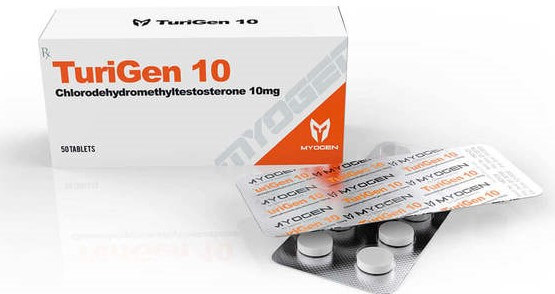 Sadly, should you have taken the time to review the previous link, you will have noticed that some 150+ athletes attempted to sue the company Jenapharm as a result of their turinabol administration during the infamous reign of the “East German Doping Machine.”

This is because most, if not all athletes were genuinely unaware that they were having this drug administered to them (many were told that they were simply taking vitamins.) The entire program was a government sponsored plan to dominate sports and show the world the “might” of communism.

As a result, a great deal of erroneous integration took place (lack of knowledge on the user’s part meant that safeguarding tactics were not able to be consciously implemented) and many lives were harmed in the process, even though the doses were much smaller (roughly a maximum of 35mg per day) when compared to modern anabolic doses (roughly 80mg per day.)

This enormous scandal became a media frenzy, and it probably goes without saying that East Germany became the new “Russia” – it was labeled as a machine of pure corruption bred by a sinister desire for world domination, at least within an athletic setting.

A fair point to make at this point in time, or perhaps we should say, a fair question to ask is; how closely did this state sponsored doping program mirror that of the United States in the early 1960’s?

It’s unlikely that the truth behind that thought process will ever be wholly revealed, but it’s entirely possible that America “forgot” it’s own roots whilst highlighting the wrongdoing of East Germany, in the same way it had with Russia several years prior.

As soon as turinabol became known as the “notorious” substance that lead to East German domination, official production was stopped everywhere. This meant that from the late 80’s onwards, the only means one had (and still does) of securing was via underground laboratories.

This is quite genuinely a terrible shame, because medical usage showed that this product really did have a valid place for those who were unable to access other compounds; it would arguably still have a valid place to this day had the media not played a large hand in “destroying” it.